The Connection Between Brains and Behavior

What is child development?  What this refers to are the key periods of development that all humans go through between birth and adulthood. Each period identifies what’s normal  physically, socially, intellectually (cognitively) and emotionally states at a particular age or stage of life.  It’s all about the time it takes the brain to develop.  Eighteen year olds may be legal adults but their brains are still maturing.  In fact, current neuroscientific research indicates that the brain doesn’t become fully “adult” until around age 25.

As Dr. Daniel Siegel describes it, the brain is like a construction site. At birth, the basement is in place but not much else and as we grow up, the brain also grows but there are a lot of internal detours. The frontal lobe (where problem-solving, organization and other “executive skills” reside) has been “rough framed.” Some of the basic electrical and mechanical systems are in place.  Still, the completed structure is a long way off. What that means is that kids really do think differently than adults. They are learning to express themselves in words but primarily learn and process information in action-oriented ways.  This is why play therapy is incredibly effective in shaping behavior and helping them learn new skills. Teens too can benefit from play as well as from talk techniques like motivational interviewing.

Having an understanding of how the brain works and of the types of responses that work best at different ages and stages of life has the following benefits:

Typical Goals and Behaviors by Age and Stage of Child Development:

Pre-schoolers: Very young children (ages 3-5) are often physically active.  They focus on themselves.  Their thinking is illogical and magical.  They learn by exploring and testing their physical and social world. When things don’t work as expected, they tend to  melt down in frustration trying to express feelings or needs or when waiting for what they want. Because they are starting to see themselves as individuals they frequently say “No!” or try to grab what they want. Their ability to control strong feelings such as anger and frustration is limited and although they are learning words, their primary learning comes through play. They often struggle to communicate feelings and needs with words and instead are more likely to communicate through their behavior.

Elementary Age Children: By the time kids enter elementary school (ages 6-11), they’ve begun to show more independence and think about the future. They are learning and growing emotionally and physically at a rapid pace. Being liked and accepted by peers takes on increasing importance and becomes a major source of self-esteem and self-confidence. Achieving success in socially valued ways (sports and school for example) becomes increasingly important and continues to be preceded by frustration. They are beginning to develop a stronger sense of right and wrong and “fairness” is important. They may have a greater ability to control feelings and impulses than in previous years but are still likely to react to stress with frustration, anger and refusal rather than problem-solving.

Tweens: The tween years (ages 12-14) are a time of change. Physically kids undergo physical and emotional shifts as their hormones surge and bodies begin to change. They look to peers more than family support and interaction. They continue to be increasingly focused on gaining independence but often struggle with accepting responsibility for their choices and behaviors. Changes in physical appearance and social-emotional focus impacts feelings and behavior, often dramatically. Typical feelings and behaviors displayed at this age include passive-aggression and procrastination, self-consciousness, self-doubt, overconfidence and moodiness. While they continue to increase their ability to manage feelings and impulses they are still likely to react to stress with frustration, anger and refusal rather than problem-solving.

Teens: Teenagers (age 15-19) are transitioning to adulthood. While their behaviors are often frustrating and conflicting it’s intent is to allow them to achieve the overall goals of this stage by allowing them to create their own identity and a sense of self in relation to others as they begin to contemplate the future. During this stage, the focus is on honing skills, talents and abilities. They are often seeing a way to feel important in the world. Along with significant increases in peer pressure, relationships become more serious. Typical feelings and behaviors displayed at this age include a focus on appearance, self-consciousness, self-doubt, overconfidence and moodiness. At the same time, they increasingly seek independence, looking for input rather than direction, preferring to consider options and make decisions alone. 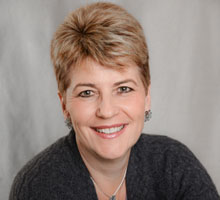